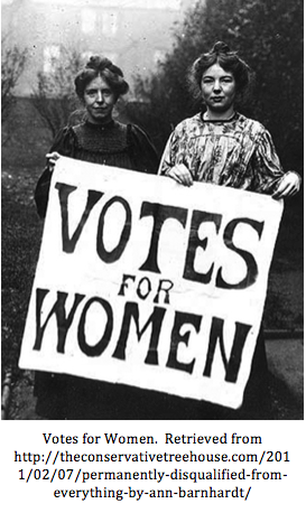 Women were seeking to be free as well;  free to vote, free to own property, free to pursue their own success. The Erie Canal was a conduit of change for women.  Seneca Falls lies on the Erie Canal route and is home to the first convention for women's rights which was held in July of 1848. Seneca Falls was also the home of Elizabeth Cady Stanton, “the tireless warrior of the women's rights movement” (Pruett, 2010; McDonnell, n.d.).

The fight for freedom began at the World Anti-Slavery Convention in London when women were told they were not allowed to attend. Frederick Douglass and William Lloyd Garrison stood up for the women. The women were allowed to sit in the back of the meeting but not participate (Pruett, 2010).  At that moment the attending women recognized that, just as the Abolitionists fought for freedom, they must as well.

Seneca Falls had a "reputation as a center for social and religious reform;  abolition of slavery, temperance, and women's rights were issues supported by many local residents" (Williams, 2009).  This environment allowed Stanton to join forces with like-minded Quaker Abolitionists in the pursuit of equality.

In 1848, Elizabeth Cady Stanton and Lucretia Mott organized the first women's fight for equal rights meeting. Today, this site, a short walk from the canal, is preserved  by the Women's Right National Park. 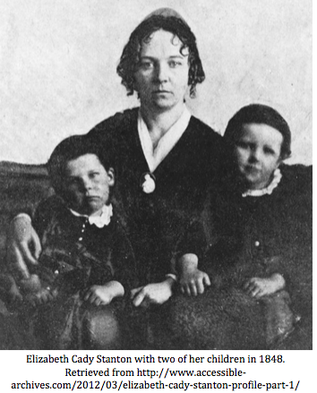 Declaration of Sentiments and Resolutions
by Elizabeth Cady Stanton

When, in the course of human events, it becomes necessary for one portion of the family of man to assume among the people of the earth a position different from that which they have hitherto occupied, but one to which the laws of nature and of nature's God entitle them, a decent respect to the opinions of mankind requires that they should declare the causes that impel them to such a course.

We hold these truths to be self-evident: that all men and women are created equal; that they are endowed by their Creator with certain inalienable rights; that among these are life, liberty, and the pursuit of happiness; that to secure these rights governments are instituted, deriving their just powers from the consent of the governed. Whenever any form of government becomes destructive of these ends, it is the right of those who suffer from it to refuse allegiance to it, and to insist upon the institution of a new government, laying its foundation on such principles, and organizing its powers in such form, as to them shall seem most likely to effect their safety and happiness.