How much did it cost?

$7,143,000.  This is how much it cost to build the Erie Canal.  Even today, in 2013, this is A LOT of money.  Without the Federal government to back them, New York State was on their own to cover this debt. With the completion of the canal, increased production of goods, and the implementation of tolls along the canal,  New York State recouped all of the $7,143,000 within 10 years of it opening. The building of the Erie Canal helped to launch New York State into the forefront of trade and it became a dominant commercial center (Larkin, n.d.).

What did it transport? 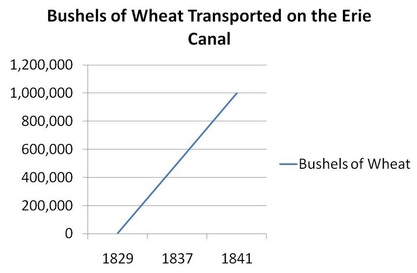 "Transportation of Wheat". Retrieved from http://www.albanyinstitute.org/building-the-erie-canal.html

The economic value of the Erie Canal is immeasurable.