Then in 1850 with the passage of the Fugitive Slave Act, the New York State canals provided an accessible route to Canada for the exodus of a great number of African Americans.
Canal for Freedom Seekers 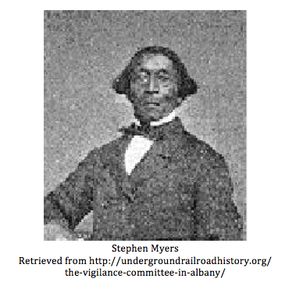 By the 1840s, Albany was the main depot for freedom seekers who came through New York City. Freedom seekers formed the Albany Vigilance Committee. A prominent figure of the Committee was member Stephen Myers, a freed slave. He and his wife, Harriet maintained a safe house as well as established the papers: Northern Star and Freeman’s Advocate. Myers was regarded as Albany's Superintendent of the Underground Railroad. He worked as a steward on the steamboat Armenia, which operated between New York City and Albany. Myers forwarded most of the freedom seekers to Syracuse or Oswego (Welman, n.d.; The underground railroad, 2012).
Canal for Reformers

In addition to the strong Anti-Slavery presence in the canal villages,
like that of Albany and Oswego, heroes of the movement, Harriet Tubman and Frederick Douglass, at one time both resided in upstate New York.

Harriet Tubman, born in slavery in Maryland, freed herself
and many others using the Underground Railroad.  She made thirteen trips to bring more than seventy people to freedom.  From 1859, until her death in 1913, Tubman lived on a farm in the town of Auburn in Cayuga County. Auburn had "a well-established Underground Railroad network that had been operating for more than thirty years" (Following the freedom, n.d.).  As in Albany and Oswego, the network had an important geographic location, an organized African American community, and supportive European American connections.

"Cayuga County pointed like an arrow directly north through the heart of New York State, linking Pennsylvania with Lake Ontario and Canada"
(Following the freedom, n.d.). 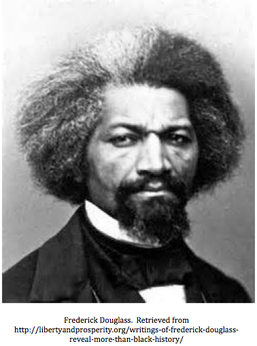 Fredrick Douglass as born into slavery in 1818, yet "became one of the most famous intellectuals of his time, advising  presidents and lecturing to thousands on a range of causes, including  women’s rights"  (Frederick Douglass biography, n.d.). Douglass was one of the few men to attend the First Women's Rights Convention in Seneca Falls, NY.  He wrote several books, Narrative of the Life of Frederick Douglass (1845), My Bondage and My Freedom (1855), and Life and Times of Frederick Douglass (1884), describing his escape from slavery and his work in Rochester where he hid other people who were escaping to Canada. While living in Rochester, Douglass was the editor and publisher the North Star, an important anti-slavery newspaper (American treasures of, n.d.).

"The North Star's slogan, "Right is of no Sex--Truth is of no Color--God is the Father of us all, and we are all  Brethren," testifies to the broad scope of the newspaper's coverage, including not only emancipation but also women's suffrage and education" (American treasures of, n.d.).